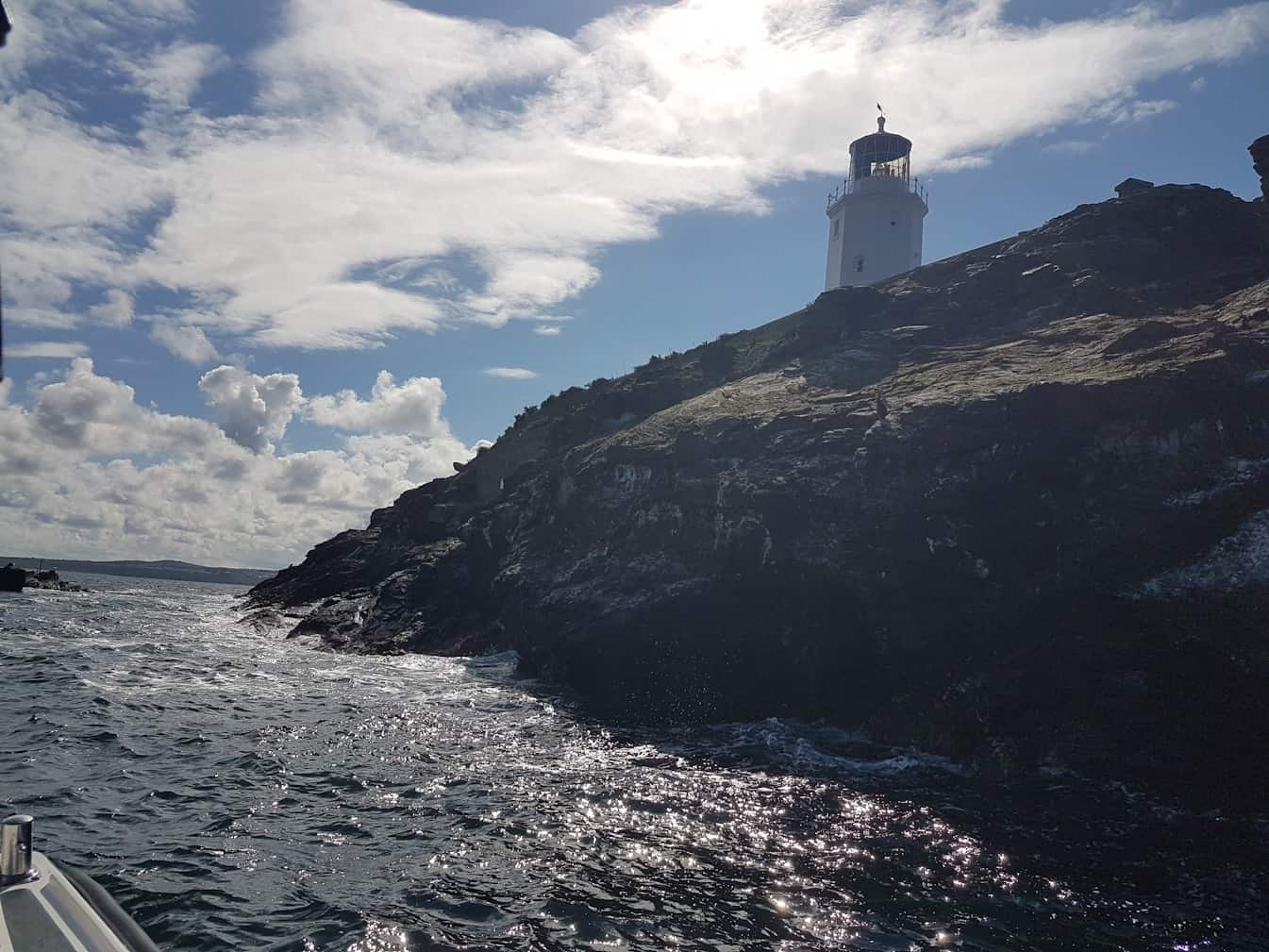 A History Of Godrevy And The Lighthouse

People come to St Ive’s for a whole host of reasons. Some come for Cornwall in general. Others come just to spend time our little town because the name St Ives is so well known now. We get artists and aficionados with specific interests in particular things. One such point of attraction is, of course, Godrevy Lighthouse.

The lighthouse hasn’t always been on Godvey Island though, there was a time when ships sailing that stretch of the sea was totally unprotected from the wild seas and lethal rocks. Godrevy is a Cornish word meaning “little huts” or little homestead. This still makes sense today as the name is applied to the headland and farm nearby.

The area has long been of interest to geologists and naturalists alike. The headland at Godrevy has a bedrock of slate, and to the northwest, you can find the remains of an ancient Sandstone reef.  The Island itself is two closely positioned masses of rock which sit  3½ miles out of St. Ives Bay.

In 1622 the naturalist John Ray wrote of the islands “Godreve Island, which is nothing but a rock, upon which, in time of year, build great store of birds.” Gulls, oyster-catchers and pipits make their homes on the island, which is partly covered with grass, as it slopes down to the sea.
The Reef mentioned earlier is commonly known as “The Stones”. There’s more to it than that though.

The Nineteenth Clergygyman Francis Kilvert, famed for his diaries of English rural life wrote in 1870″

“The breakers were singing and surging over the rocks of Godrevy called the Nine Maidens. Each of the Stones has its own name: the furthest north-west appears on charts as Heva but its real form, preserved by St. Ives fishermen, seems to be Harva. Then come Deeper, Middle, and Shoaler (shoaler is a 17th-century word meaning ‘shallower’). Nearest to the land is Tide Rock or Quarter-Tide Rock, and the half-mile passage between this and Godrevy island is the Sound or Godrevy Sound. Just outside the island on the west and north-west lies a submerged reef of broken stone over which the waves run and drain. It has several names: Shore Lanner, Maen Launder and even Plenty-to-come-yet, an old term used by fishermen because it was so abundant in lobsters”.

Shipping Increases & The Need for A Light

Shipping and particularly coastal passenger ships and commercial vessels increased in numbers in the first half of the 19th Century. The North Cornish coast benefitted greatly and the village of St Ives flourished as a fishing station.

However, the Stones reef lying jaggedly across the natural path of this traffic claimed many victims. Stories persist that crowds rapidly gathered to those unfortunate vessels to plunder or wreck what was left.

There are many books and films that illustrate the practice. It might seem strange that locals might want to wreck a ship that had foundered on the rocks, but when you consider the potential value of items lost in the sea, that might be recovered by knowing locals and then sold on the black market. Wrecking might have seemed a lucrative opportunity.  Only the combined efforts of the customs service and coastguards, even on occasions the local armed Yeomanry, to ward off the wreckers.

Wreck of the Nile Forces Change

On 30 November 1854, the iron screw steamer Nile was wrecked with the loss of all passengers and crew. We’ve mentioned this is our other recent post about Godrevy.

the shipping Charity, Trinity House,  decided to provide a lighthouse to aid navigation around the treacherous rocks. The design of consultant engineer, James Walker was accepted and the lighthouse built, first showing its light on 1 March 1859.

The octagonal tower of Godrevy Lighthouse is White, 26 metres high and made from rubble stone bedded in mortar.  The tower is adjoined to a keepers’ cottage almost in the centre of the largest of the rocks. 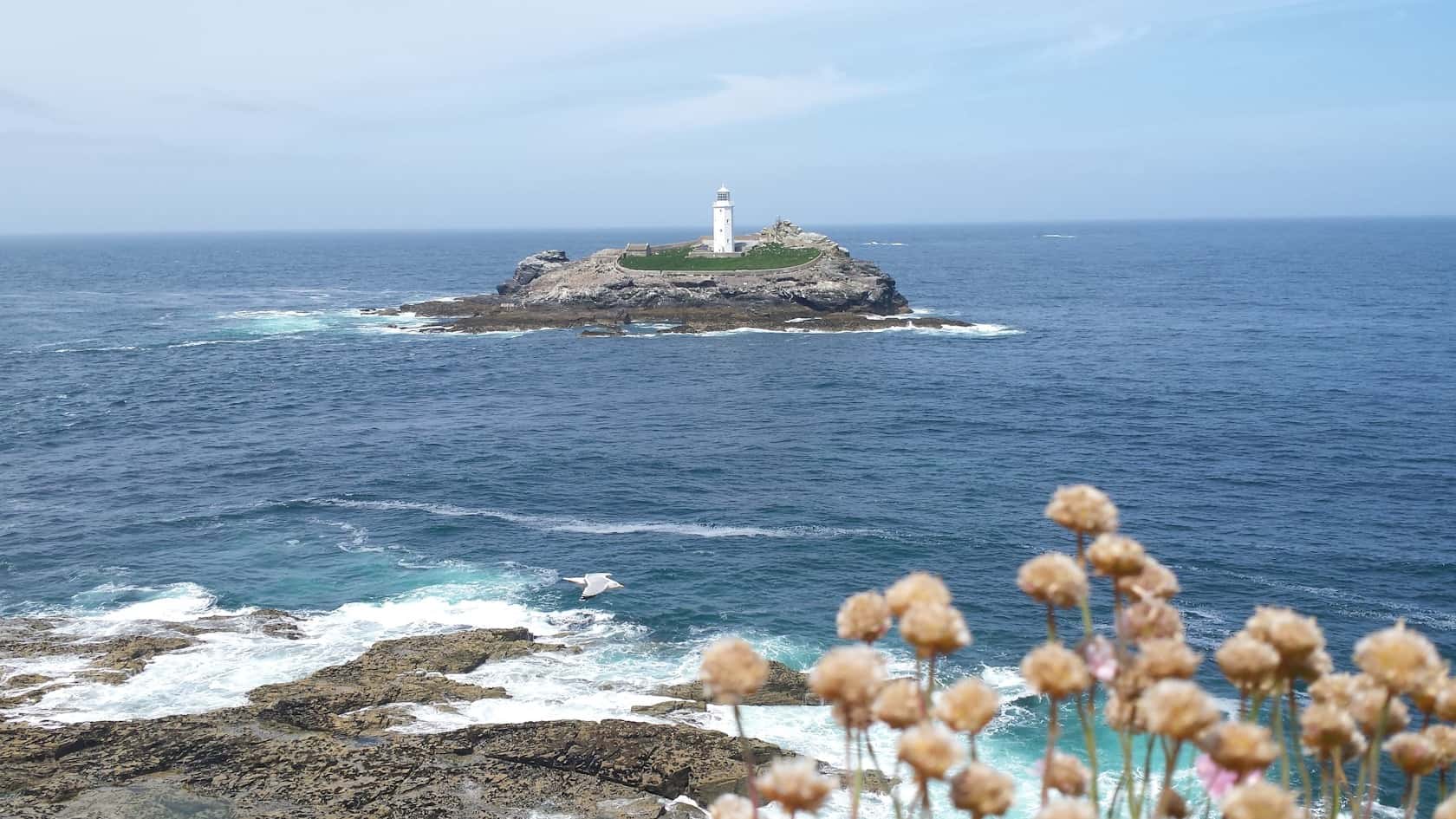 A principal keeper and two other keepers received an allowance for food, a suit of clothes annually, and coal, oil and furniture. Two keepers were to be on station at all times. Even though emergencies did happen, when the station was manned alone. Keepers Served two months on and one month off. Boats from St. Ives would ferry the supplies and deal with the reliefs.

In 1934 The lighthouse underwent alterations. A new, Second-Order, fixed catadioptric lens was installed, together with an acetylene burner. The fog bell was also removed, the keepers were withdrawn and the lighthouse made automatic. Perhaps In some ways, this loses some of the romance, but it must have been a very stressful job being isolated on a tiny island for long periods of time.

Godrevy Lighthouse was again modernised in 1995 when it was converted to solar-powered operation. Then in 2012, the light was moved from the lighthouse tower to a new steel structure on the adjacent rock

Today, the lighthouse is monitored and controlled from Trinity House’s Planning Centre in Harwich, Essex.

See the Lighthouse Up Close!