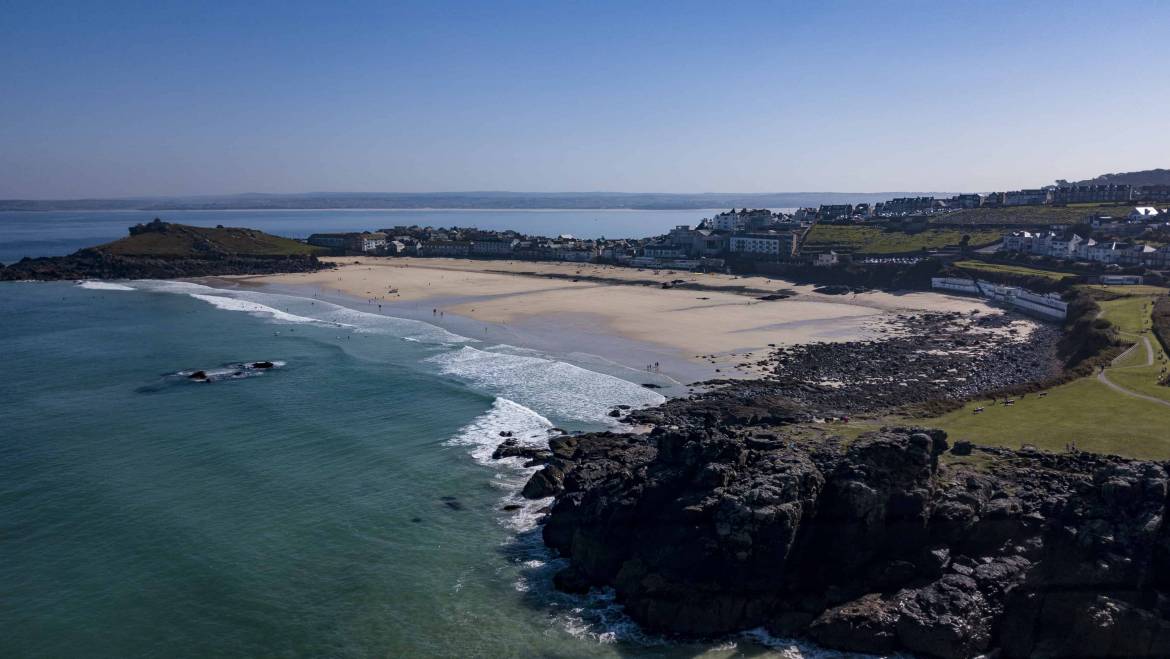 One of the most popular and recognised holiday towns in Cornwall, St Ives is situated on the South West tip of England and began life as a small fishing community. From the first days of Christianity in Britain, St Ives is named after the legendary tale of a young missionary called St la, who according to her legend, floated here from Ireland on a leaf.

The town grew with the development of the harbour during the medieval era. The local fishermen made a living catching mackerel, pilchards and herring. This industry-led to the growth of the town around the scenic harbour producing an enchanting maze of narrow cobbled streets known as the ‘Downalong’ that wind around the harbour.

With a long history as a fishing town, it became a borough in 1588. First called Saynt Iyes, the pronunciation altered over the years to Saint Ives. The town also became a key port for shipping mineral ore with tin, sourced from the streams in and around St Ives. Probably the most famous mine in the town being Trenwith Mine. Trenwith produced over 13,000 tons of copper ore between the 1820s and the 1850s. Radium, discovered by Marie Curie, was first isolated by her from pitchblende from Trenwith Mine and the Uranium was used for making green glass, later Wheal Trenwith was worked by the British Radium Corporation.

Although famous for its beautiful town and beaches, and lighthouse, St Ives has also been home to some of the greatest artists and sculptors from all corners of the globe. Artists such as Turner, Barbara Hepworth, Bernard Leach, Henry Moore, Henry Irving and Whistler have all lived in St Ives. Now world-famous as an art centre, St Ives has many studios and galleries all over the town. The acclaimed Tate St. Ives, opened its doors in 1993 and is part of the Tate Gallery in London.

Fishing declined in the early to mid 20th century and tourism rapidly became the main industry in St Ives. Now one of the most popular holiday resorts in Europe, the town caters to tens of thousands of visitors each week during the summer period, many enjoying the stunningly blue/green ocean and the rocky cliffs of the coastline on our ever-popular St Ives boat trips and sea safaris.

Undoubtedly, one of the best ways to see the village and the surrounding attractions is by boat.
Book a boat trip on the Dolly P.