The Historic Role of Cornish Lifeboats

This was possible because of a man donating £50,000 in his will to the RNLI, that man was Mr James Stevens of Birmingham. In today’s money, it would be approximately £6,400,000 which makes it the second-biggest donation made so far to the RNLI. Very little is known about Mr Stevens or his life.

However, records show that he was a timber merchant based in Birmingham and that his will shows that almost half of his estate was willed to the RNLI. We do know that he was a member of a very exclusive gentleman’s club in London and that he also left money to the Shipwrecked Fisherman and Mariners Royal Benevolent Society.  What we can derive from these facts is that he was most likely to have had some connection to the sea, perhaps in the import or export of timber.  What we do know for certain is that from 1896 until 1933 these 20 boats saved 1,072 lives that otherwise would have been lost at sea. these boats were stationed all around the UK and Ireland. 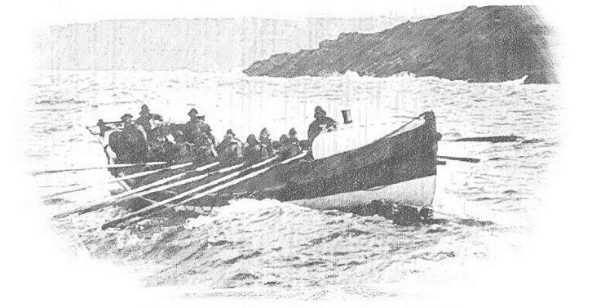 The lifeboat stationed here at St.Ives was No.10, it is a 35ft self-righter lifeboat.  This lifeboat rescued 227 people and 2 dogs in its 33 years of service. One of its rescue missions involved resuing nine sailors from the SS Taunton in 1916 which earned Mr Coxswain Thomas Stevens a Silver Medal.

Our lifeboat No.10 was the last to be in service. On the 30th December 2015, a storm hit Hayle Estuary and sank lifeboat No.10. However great efforts were made to recover her and lifeboat No 10 was successfully recovered and it is now being lovingly restored to its former glory.

We have assessed that James Stevens lifeboat No.10 will be fully repaired and licensed to carry passengers in 2020, She will then offer historic passenger trips around St.Ives Bay.

Book Your Family A Trip On This Historic Lifeboat.

Come and enjoy this breathtaking boat trip around St.Ives. Visit our gorgeous village and the surrounding attractions.

book your trip on this historic lifeboat today!

Grey Seals Around The Cornish Coast

A History Of Godrevy And The Lighthouse